The retired Senior Naval officer was commissioned Surgeon Lieutenant in 1982 and rose to the Flag Rank of Surgeon Rear Admiral in 2012. The Surgeon Rear Admiral (Rtd) attended various military and professional trainings which include: a bachelor of medicine, bachelor of surgery degree from the University of Ibadan in 1979 and a fellow of the West African College of Surgeons specializing in paediatrics from the University of Ibadan in 1995.

He attended the prestigious Armed Forces Command and Staff College, Jaji where he completed his Junior and Senior Staff Courses in 1987 and 1997 respectively from the same institution. He was Base Medical Officer NNS AKASO,Port Harcourt (1983 – 1985), and College Medical Officer Nigeria Naval College ONURA, Port Harcourt (1985 – 1986).  He was also a Medical Officer in Nigeria Navy Reference Hospital, Ojo(1986 – 1987) and later became Commander of the same Hospitalfrom 2006 - 2009. He also commanded the Obiesesan Medical Centre, Mobil Road, Apapa (1999 – 2001). The retired senior officerwas the Secretary General of the Pan African Committee of Military Medicine (2001-2005) and later served the same organisation as the Director General of the 39th World Congress of Military Medicine (2011-2012). 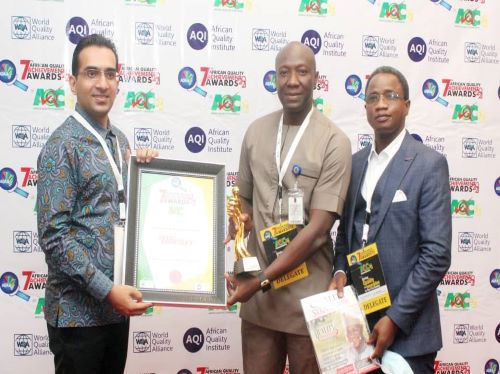 DHML is Africa's Best in Class Quality HMO Company of The Decade!!!...